The Four Deaths of Superman

The Four Deaths of Superman

I just watched the recent Death of Superman animated movie and realized that there are now (at least) four different versions of Superman's death at the hands of Doomsday out there:

"The Death of Superman" comic storyline (1993): Superman and Doomsday slug it out until they simultaneously punch each other with the last of their respective strength and die. (I believe this stayed the same in the novelization and the Death and Return of Superman video game.)

Superman: Doomsday (2007): To save a little girl, Superman flies Doomsday into orbit and then drives him back down into the ground, the massive impact ultimately killing both of them.

Batman v Superman: Dawn of Justice (2016): Superman flies Batman's kryptonite spear into Doomsday's heart, but his proximity to the kryptonite leaves him vulnerable to Doomsday stabbing him with Wonder Woman's sword. Superman musters one last burst of strength to drive the spear all the way through, killing Doomsday but also succumbing to his own wounds.

The Death of Superman (2018): To save Lois Lane, Superman summons all of his leftover power to fly at Doomsday and punch his jaw hard enough to twist his head and snap his neck. With nothing left, Superman dies in Lois' arms.

So, which one do you think is the most effective? I'm partial to the second one myself (even though that particular film isn't that great IMO).
Changer4 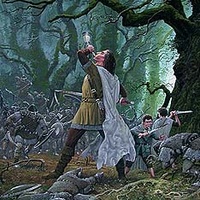 I recall an animated Doomsday special that I really enjoyed in childhood. It should be the second on your list given the timeframe, so I suppose that one wins by default.
AGoodReed

Doomsday did have two appearances in the Justice League and Justice League Unlimited series, but he didn't kill Superman in either one. His first appearance did pay homage to the double punch from the comics, but the fight ended with the authoritarian Superman from another universe lobotomizing Doomsday. I don't remember what happened in his second appearance.
Paeter

I got the feels from Superman's death the most in Dawn Of Justice, but I think the fight I enjoyed most was from the recent animated movie, in part because it involved A-list JLA members instead of the JL Europe team involved in the original publication.
_________________
-Seek The Truth!