You are not connected. Please login or register
3 posters

In part due to the news of a "sequel series" being scripted, I plan to watch the entire run of Farscape again from beginning to end, and watch it all for the first time on Blu-ray! (True, it's not a huge leap in fidelity because of lost negatives/etc, but it will still be the best I've ever seen the show look!) If my wife doesn't get it for my birthday this weekend I'll be hitting amazon asap.

I'm thinking about briefly recording my thoughts on each episode after viewing them and then having a post-credits bonus segment on the SBU podcast chronicling my viewing of the series. (I'm not sure I'll do this, but there is a good chance of it.)

Is anyone interested in getting on a schedule and watching/discussing the series with me? (Or responding to my audio comments as they air on the potential "SBU podcast post-show segment" which needs a much catchier name than that?)

Even if not, I'd HIGHLY recommend checking this series out if you haven't yet. I don't know of another sci-fi show (except MAAAAAYBE ST:TOS, but still probably not) in history that was this far ahead of the curve when it aired. And the amazing stuff from Jim Henson's creature shop that is featured on the show every week makes it visually timeless in so many ways. But the sad truth is that the frequent CGI effects also in use will only continue to age and date the show. So the time to see this series is yesterday, today, or ASAP in that order of priority! ESPECIALLY if the script for the new series pilot is greenlit soon!
_________________
-Seek The Truth!

Tim wrote:Yeah, I have the whole series on DVD. I'm sure its on Netflix too. I'll watch it with ya'!

Cool! Invite that new wife of yours along for the ride! I introduced Holly to Farscape while we were dating (and it was still on the air). Before long she was nearly as hooked as I was! (John+Aeryn= Greatest TV romance ever?)
_________________
-Seek The Truth! 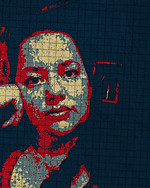 I just binge-watched four seasons + two movies fairly recently, I think maybe 6-8 months ago so I don't think I can bring myself to rewatch every single episode again so soon. However, I will keep an eye on your FS thread and will follow your FS FanCast. And will of course join the discussion regularly.
Paeter

My expanded thoughts on the premiere can be found on "Farscape Shawarma" after the credits of episode 310 of the Spirit Blade Underground Podcast. But to get things rolling here I'll list some brief impressions of the episode after watching it recently (for about the 7th or 8th time).

CG looks pretty dated and some shots were still pretty standard in their day. But a few other shots look great even by todays standards, such as Moya Starbursting. (Never gets old!)

DRDs immediately say something about the bar being set by the practical effects, as well as the Zhaan and D'Argo makeup. Not before or since on tv have we seen alien make-up this complex. Then of course there's Rygel and Pilot, two fantastic creations.

I'm a fan of fish out of water characters and stories, so that immediately appeals to me.

Pop culture references are delivered in a somewhat forced manner at this stage, but its still a bit of a novelty.

I love that this pilot is designed for repeat viewing. Eventually you realize that Zhaan and D'Argo think John is a Peacekeeper, which explains their immediate hostility toward him. Although far from the best Farscape, this pilot is already written in a way that demands and rewards attention.

Looks like this discussion is moving over here: https://spiritblade.forumotion.com/t1427-farscape-shawarma